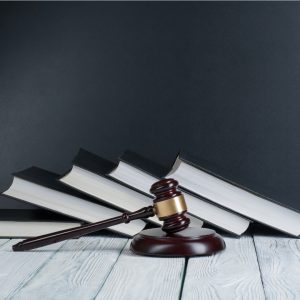 As consultants, we are often asked by clients about Food Safety Liability. In particular, clients are interested in knowing what risks are associated with failing to comply with certain regulations or guidelines. In general, the responses tend to fall under one of two categories: The risks in terms of the health and safety of consumers and the risks in terms of enforcement actions taken by regulatory bodies. There is, however, another type of risk that is not often considered by industry, and that is food safety liability as it pertains to civil or commercial lawsuits. The significance of the potential impact of this type of liability was highlighted in striking fashion on November 30th, 2017 when a tribunal, acting as an arbiter in an international law suit, ordered Fonterra, the world’s biggest dairy exporter, to pay Danone of France $125 million dollars (€105 million Euro) in compensation for costs related to a 2013 recall.

Fonterra initiated the recall as a precautionary measure when it was communicated to them by a third party that several of their products were contaminated with the bacteria that can cause botulism. The products included sports drinks, protein drinks and other beverages in addition to formula sold in New Zealand, China, Australia, Thailand, Malaysia, Vietnam and Saudi Arabia. Also included in the recall were products supplied to four Danone Nutricia baby formula plants in Asia, which in turn, lead Danone to initiate their own recall of the affected products from eight regional markets. At the time, the New Zealand government charged Fonterra for failing to have proper controls in place and the company was fined after pleading guilty. Fonterra’s liability, however, did not end there.

In a twist of irony, it was later confirmed that the products were not contaminated and that there was actually no food safety risk to the public. Despite the fact that no harm was done to the consumer, the commercial damage was done. Danone took Fonterra to court and won the astonishing settlement.

There is a two-fold lesson here from a food safety liability perspective. First, in general, it demonstrates the importance of having a comprehensive food safety program in place. Such a program not only prevents problems from arising and flags them when they do arise, but it also allows for a proper assessment of the risks involved and informs the corrective and preventative actions warranted. In Fonterra’s own words, “While there was never any risk to the public, we have learned from this experience and as a result have made improvements to our escalation, product traceability and recall processes, and incident management systems”. Second, it demonstrates the importance of having definitive contractual agreements among companies that clearly outline mutual responsibilities and mutual liabilities, particularly when it comes to food safety liability. Such written technical agreements should always be an integral part of any food safety program so as not only to protect the consumer, but also the principal parties involved.

dicentra food safety consultants is a professional consulting firm that specializes in addressing all matters related to safety, quality and compliance for all product categories in the life sciences and food industries.