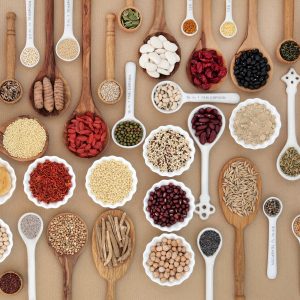 FDA has scheduled a public meeting on October 3, 2017 to discuss developing a list of old dietary ingredients.

On September 5th FDA announced a public meeting to take place on October 3, 2017 as a first step towards developing an authoritative list of pre-DSHEA ingredients, otherwise known as old dietary ingredients. This meeting has been scheduled to determine the type of evidence that FDA will require to determine if an ingredient could be considered pre-DSHEA.

The October 3rd meeting seeks to gain further information regarding:

This would include developing a process for identifying pre-DSHEA ingredients, the process for reviewing said ingredients and how to treat confidential information.

You be may be asking why this announcement would be such big news – this is due to the fact that up until now, while there have been old dietary ingredients lists generated by industry associations these lists have never been formally acknowledged by the FDA. Moreover, it will represent a set of ingredients that FDA agrees will not require NDI Notification. Additionally by providing an FDA authorized list of pre-DSHEA ingredients industry would have greater confidence that ingredients on this list would be considered safe by FDA.

It is important to note, that while the FDA is in the beginning stages of developing an authoritative list of old dietary ingredients the final list will not be all encompassing. That is to say, that an ingredient that is not indicated on the Agency’s list does not preclude it from use. Industry would still be permitted to use old dietary ingredients not contained on the FDA list provided the company possessed adequate documentation that the ingredient is in fact pre-DSHEA (e.g. through bills of lading, catalogues, advertisements, etc).

While the FDA authorized old dietary ingredient list is in the very early stages of this process and no clear time lines are presently available, this meeting is an encouraging first step in the right direction. Those who wish to participate in this consultation are encouraged to register by September 25, 2017 to attend, either in person or via live webcast, or provide written comments directly to the FDA by December 4, 2017.

dicentra can assist companies with determining whether your ingredients would be considered new dietary ingredients and thus require pre-market Notification. We can also assist with preparation of the NDIN dossier. We can be reached at 1-888-905-4994 or info@dicentra.com.